Settlement day for the sale of our house was 23 December 2013. The previous week we packed what was left of our furniture, etc into a container and had it transported to the container hire facility for storage. Morning of the 23rd we moved our van to Lawnton Showgrounds – to be our base for the next couple of days.
We spent Christmas Day with family at Toowoomba then headed out to the Jondaryan wool shed on the 27th for a gathering of Kedronners for New Years celebrations.  New years eve was a fantastic night with a few ales under the belt we danced and laughed into the wee hours of 2014.
We then headed to Crows Nest & stayed in the caravan park for a few nights with Craig & Wendy. They went sightseeing and we did some house shopping & even made an offer on a two year old home. It all became a little complicated so we dropped the idea for now and decided to look around some more, but we both like the idea of living in the Toowoomba/Crows Nest area.
It was then down the range to Hunting Lodge Estate to camp by the creek for a couple of days.  The heat was horrendous and reached over 40c several times on this trip.
Since finishing work luck hasn’t been on our side with a list of things breaking down.
1: Hot water system leaking.  It was only 4 months old & the tank had split. Replaced under warranty.
2:   Compressor fridge icing up and struggling with heat. Fridge whisperer said it had a gas leak and we’d be better replacing it. $2,045 plus install which required cabinet to be made 200mm taller.
3:   Washing machine pouring water out while filling. Parts not available so new one required.  $345 plus install which was tricky as it also was a bit bigger.
4:   Satellite dish for TV fitted as planned months ago. $5,300.
5:   Van brakes had been coming on while climbing Toowoomba range & believed to be caused by increased heat under bonnet causing circuit breaker to fail.  New higher amperage one fitted.
6:   Cruiser blowing excessive smoke at times & lacking a little power.  Diesel specialist said car is running perfectly but I was the problem. (Deb tells me that all the time). Apparently I drive it too carefully and this caused some blockage of crap in the exhaust.  To remedy this I am to drive it harder and once a month or so to get out on the highway and redline it in 1st, 2nd & 3rd to clean it out.
7:  While getting the sat dish fitted I reversed back to hook the van up and ran over the strap attached to my kayak on the roof. This broke the kayak loader and put a significant ding in the left front guard.  I said a few choice words as this was getting beyond a joke.  $850 to have bumper tech come and repair this & a couple of small dents.
8:   Then, while driving into Chermside we began to smell something burning & thought it was another car.  The smell got stronger so we pulled over to check.  Opened the bonnet and found nothing. Opened the back door and saw flames coming out of the battery box behind the fridge.  A circuit breaker inside the lid came in contact with the terminal and shorted out.  I changed the circuit breaker & had it all replaced.

I don’t know how many Chinamen I’ve run over but enough’s enough!  This retirement is supposed to be fun, so Monday 20th January we pack up from Lawnton & head north towards Hervey Bay to stay with Laurie & Helen for a few days.  Let the fun begin!!! 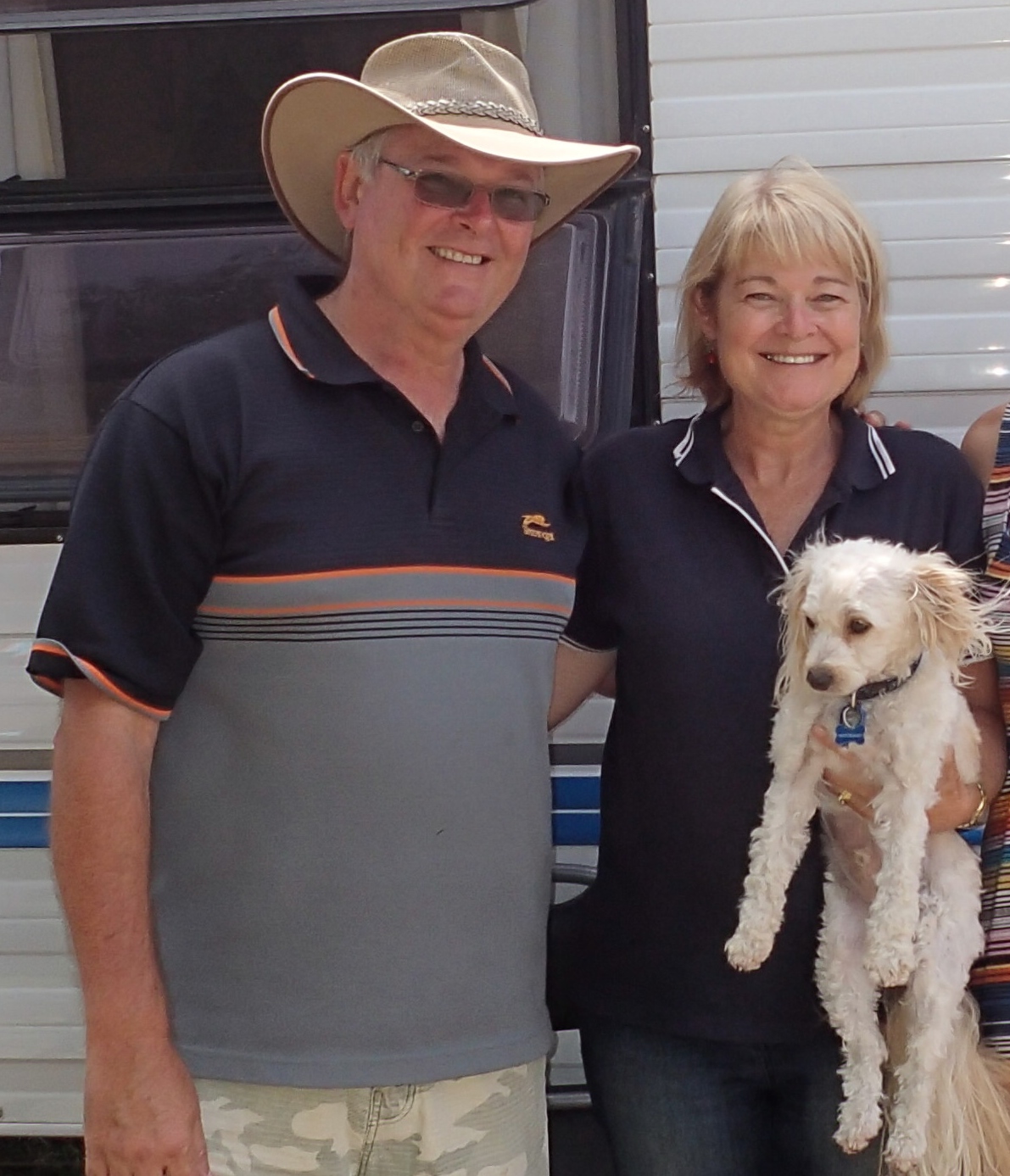